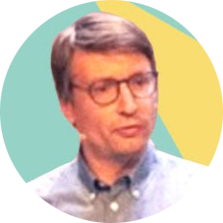 I am passionate about helping people and teams to deliver great products. Whether it is as a Manager, Leader or Coach is more semantics and I have experience from them all. I believe in autonomy as a motivating factor but it needs to be at weight with alignment. How we work and collaborate is just as important as technical excellence to deliver products.

Roles I can take

Delivery Lead / Agile Coach @ Klarna
2017 August – 2021 May
As a Delivery Lead at Klarna you are in the middle of everything trying to help Product and Engineering to deliver in the best possible way. Sometimes from a holistic perspective and often deep down into nitty gritty details. The dev-ops teams in Klarna have a clear responsibility but often we have company goals that span across these responsibilities, and then a Delivery Lead is in charge. Agile practices and tools are a main contributor to the success of the delivery and I facilitate and teach around this quite often.

Main deliveries that i have participated in:
– The Klarna Card
– Monthly Invoice
– Slice it in 3 / Slice it in 4

On the side I coach and educate around Agile methodologies to teams all around Klarna.

Examples of methods and techniques I bring