In this blog post, I would like to share my overall learnings and 7 key takeaways, from an HR perspective, one of the largest and successful Agile transformations that I have taken part in at the Telecom Company Ericsson. I would love to listen in to your reflections too, so please feel free to share your thoughts, challenges, and experiences in the comments below.

The part of Ericsson where I worked, had a need to improve the quality, drastically shorten the lead time for delivery and increase customer value within the same, or even shrinking, budget. After searching both internally and externally for “best of breed” in terms of product development, we decided to go the Lean & Agile way.

During this period, I was an HR Business Partner for 2 units, each one of them was + 1800 people. This was combined with the role of Lean & Agile HR Driver for the business unit (BU) and People Strategy Driver, which in turn led to the role of HR representative in the BU Lean & Agile change program, basically a project office for the transformation.

In the end, the Lean & Agile change happened in a dynamic way that organically grew from the change-job itself. Initially, it was about understanding our situation with the brutal speed of change and increasing complexity which, to put it mildly, created a “sense of urgency”.

This work was in the beginning done through a small alliance of managers and key people who “deep-dived” in the understanding around Lean & Agile and who realized that due to the situation we needed to change our way of working. We focused on creating flow (lean) and the capability to change fast when needed (agile).

Lean and Agile became our operational strategy to handle the volatility, uncertainty, complexity, and ambiguity (VUCA) in our business situation. The consequence of this strategy was that we started to change structures in the organizations, to make it possible for people to change behavior.

For example; instead of allocating time for one person on several initiatives, we brought individuals together in teams and queued initiatives on the teams. Or in other words, instead of people playing several parallel football matches at the same time with different teams, they are part of one team that plays one match at a time. From multitasking to single-tasking.

The focus, in the beginning, became to create a common picture among all our leaders and key people (and at a later stage, all employees) about our situation that was characterized by VUCA. Everyone needed to understand that we have exhausted all opportunities to keep up with the help of our previous way of working. The old traditional way had served us well for many years but was no longer sufficient.

We were clear in our communication that our traditional way of working had not been “wrong”, it’s just another situation now and we have to change our “game system, but not the team itself” to outperform the competition. We have done well, but it is time to make the paradigm shift and take the next step based on our past experience and knowledge.

Another important thing was to work with bottom-up learning and reversed mentoring around Lean and Agile, to reduce change resistance and fear within management – which some did not want to admit existed, but which was obvious to me as a behavioral scientist.

In general, the key to success was a transformational leadership style, in other words, our ability to build confidence and trust (psychological safety) and create the feeling that we just have to do this, and will learn step by step what is working or not, and by that stay relevant also in the future.

Continuously learning to spread the understanding of change

Our Lean and Agile mindset was to apply continuous learning to help employees and senior managers themselves reach similar conclusions (pull knowledge and avoid push).

Finally​; a great understanding and respect for the complexity of large organizations and the need for system thinking were of the utmost importance to succeed, as well as creating psychological safety among the leaders themselves to reduce change resistance and fear of losing their job.

My 7 key takeaways of the Agile Transformation

Key 1 – Changing to Agile management to enable Agility at scale
In the end, our control- and management systems started to change to a more agile way when we in iterations began to scale the agile way of working. We could reduce top-down management because we had alignment around what to do and why.

Key 3 – Create Psychological Safety
We communicated that no one would lose their job or get lowered wages during this change and that we will work in stable teams and also go from multitasking to single-tasking. We also communicated clearly that there will be other types of roles to move in to and that everyone would get the proper training to do so.

Of course, we couldn’t make promises on decisions out of our control if they would come, such as strategic company decisions. To my understanding, it was an acceptance for that.

Key 4 – Knowledge build-up on how to create well-functioning teams
Knowledge build-up, focusing on creating individual understanding, with the goal to be able to adapt to the “new demands”. Encourage to do just what needed to be done and appeal to individual creativity and autonomy, but especially to create well-functioning teams.

Key 5 – Making a lot of experiments and spreading the learnings
​We did​ a​ lot of trials​ and ​simulations​ and spread the learnings as best we could. The lean/agile coaches needed to keep the overview so we made sure they were not dragged into the daily operations in the same way as managers. Since we had senior and experienced employees, we were not too worried that it would derail. One of the problems in the past was that we had made too FEW experiments in our way of working and organizing our self, not to MANY.

Key 6 – Involve HR as soon as possible to change and remove hindering structures
It was super important to include HR in the change as early as possible because we were the “owners” (at least in our case) of the deepest structures in the organization. Some examples are leadership training, salary setting policies, individual performance appraisal- and ratings, how to set goals, recruit, etc. All those must sooner or later be revised and adapted – and in many cases even removed.

My personal strategy was to keep up our traditional HR way of working, but at the same time, we ran experiments and workshops together with the organization. We were in many cases running two parallel systems to find new more modern HR solutions that would support instead of hindering the organization to work in a modern way to deliver products.

For me, this led to that the BU HR Director gave me the role of Lean and Agile HR Driver and responsible for formulating a People Strategy that was in line with the transformation. In those roles, I was also given the responsibility to be the HR representative in the “Project Office” for the Lean and Agile transformation at our business unit of 32,000 people.

Key 7 – Stop analyzing and start making small decisions and act
We tried to stop analyzing too much. Instead, we started to make small decisions that were “good enough for now and safe enough to try”. By that, we collected new learnings that we could use. The Cynefin framework* was our guiding star and was heavily used with the help of systems thinking.

* The Cynefin framework (/kəˈnɛvɪn/ kuh-NEV-in) is a conceptual framework used to aid decision-making. Created in 1999 by Dave Snowden when he worked for IBM Global Services, it has been described as a “sense-making device”. Cynefin is a Welsh word for habitat.

>>Climbing the Agile mountain with the Unilever Mountaineers

>> The Buddy System – A way to build a flexible Learning Organization

>> From project to people focus 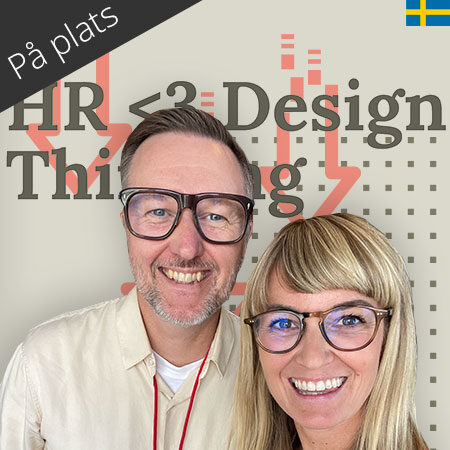