How do I do a retrospective that feels like a live meeting though we are distributed?

I have recently started working with a new team. We are distributed in two locations with a 7-hour time difference. We have not met in person (yet). We use slack for our daily communication, using it both for text communication and audio calls. In the retrospectives we always use video since it’s so much better to get the feeling of being closer to each other.

My team had a history of using the 4L retrospective technique every sprint for a long time. They used slack video call and confluence for documentation during the meeting.

I wanted to do something different, and I wanted the retro to be as much like a live meeting as possible.

I read about the Speedboat retro and really wanted to try it, but I was not sure how I could make it work with the team being distributed.

I had a vision of us using an online sticky tool and putting our stickies on the picture of the pirate ship.

So I went online to find a tool that:

I found https://boardthing.com/ that seemed to fulfill all that I needed and decided to try it out.

I went into Boardthing and set the pirate ship picture as a background in a board. I copied the link to the board so I could send it to the team members and they could join that board.

We were 9 people in the meeting. Everyone joined the slack call from their own computer and enabled video.

I explained how the Speedboat retro works and shared the link to the Boardthing-board I had prepared.

Since the team was not familiar with Boardthing we spent some time trying it out, creating stickies and moving them around the board. When everyone felt comfortable with the tool we started the retrospective.

I followed the Speedboat retro instructions: All team members, in turn, collected their anchors and put each anchor as a sticky on the board. In some case there was a discussion on what level the anchor was, but mostly it went smoothly.

Then we used dot voting to find the top-3 anchors. That turned out to be a bit tricky because in Boardthing you can only dot vote on groups of stickies and not on individual stickies. So we had to create groups to be able to dot vote. Then we realized that it’s really easy to dot vote, but once you have cast your vote you can’t remove it. Some of us unintentionally double clicked instead of single click so the dot voting went out of hand pretty quickly.

We eventually decided which anchors we wanted to work with and moved on.

Again following the facilitation instructions we turned the anchors on team level into goals that we wrote on new stickies, and then wrote actions to reach those goals on other stickies. The goal and action stickies were placed in their places on the board.

Retro of the retro

I had booked 90 minutes for this meeting and that was a good amount of time. We spent some of that time explaining the Speedboat retro technique and some additional time trying out the new stickies tool. We also spent some time evaluating the retro and the tool.

They said it was nice to focus more on the big picture and what is ahead instead of introspecting on only the last sprint. And that the technique helped very much with that focus. Also, having a pretty picture to look at made the retro more fun. The team also said that the discussions we had during the retro were great, much better than in any other retro they have had.

As the facilitator I can only agree with the team, the discussions were really good. I also very much appreciate the positive switch that happens when you turn the negative anchors into something positive (the goals) and decide together on a way to reach that (the actions). Retros can sometimes turn into unconstructive whining meetings. This retro technique helps the team focus on the future they want and how they will get there.

About Boardting, the stickie tool we used, the team liked it, it was easy to use (apart from the dot voting we really did not get to work like we wanted). We have already used it again for a workshop.

>> Leading yourself and others by trusting your why 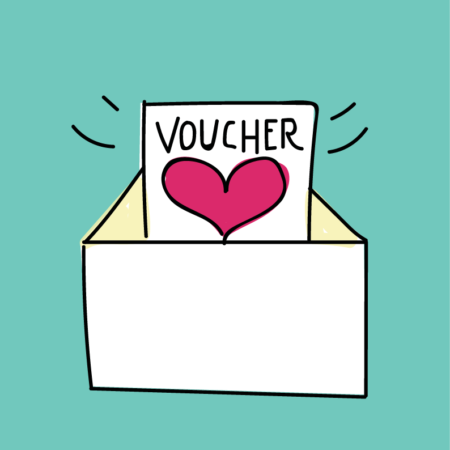