The same rookie mistake I made on my transformation journey into marathoning is one that I see a lot of organizations make on their Agile journey: not taking the time to find the right shoes. Let me explain.

“Doing” agile is not enough

I thought I had a solid start on my transformation from couch potato to marathoner by focusing first on the routines and habits of runners. I felt like I was a runner because I was DOING the things runners do, like running 5-days a week, eating healthier, and strength training. Many organizations fall into the same trap. They think they’re agile because they’re going through the same motions and copying best practices. But then my mother saw me running out in the neighborhood and pointed out something that changed everything. She gave me the same perspective that I’ve given clients looking to become agile, and it blew my mind.

It’s all about the foundation

My mom let me know I looked awkward and uncomfortable while thought I was crushing it! Apparently I looked like Phoebe from friends. My mind flashed back to my run. I was obsessing over my breathing rhythm and how high to raise my knees, how far to lean forward, making sure my upper body was relaxed, and so on. Surely the awkwardness came from these experiments with my form, right? No! She said it was how I was moving. Mom said I looked wobbly and unstable, like I didn’t have a good foundation. Then it hit me. My marathon transformation was in danger of failing for the same reasons many Agile transformations fail. I didn’t have the right foundation.

Just like in agility, marathon transformations have a set of non-negotiable preconditions for success. One of the most basic preconditions for running is having the right shoes. In the case of Agility, preconditions for teams include (but are not limited to) autonomy for getting the job done, no reliance on outside competencies, minimal interruptions, and the ability to create a high level of psychological safety (so team members can voice concerns about each other, goals, tech debt, and risk). There are many great articles on Agile preconditions if you’d like to explore this topic further, such as this one by Mike Cottmeyer and this one (for Scrum teams) by John Cutler.

Don’t skimp. Your team is worth it.

When it came to running, I was totally skimping. My shoes were 6-7 years old. I have severely flat feet that overpronate which means that I need extra support and stability. Not taking my unique needs into consideration, I simply threw on my old shoes and reasoned that I’ll get new ones once I start running longer distances. However, by not wearing the right shoes, I was not meeting some of the basic pre-conditions for running success. I was going through the motions of running on a foundation that was setting me up to fail! Similarly, many organizations are not meetings some of the basic pre-conditions for Agile success and so try to build high performing teams and even scale Agile on shaky foundations. They end up going through the motions of agile on a foundation that is setting them up to fail.

Setting yourself up for Agile success

The moral of the story is to make sure you have the right foundation in place before attempting a transformation, which includes team-level transformations such as moving from forming to high-performing. Get to know the prerequisites required, such as those implicit in the Scrum Guide (for teams using Scrum), such as high levels of psychological safety, teams able to organize and manage their own work, no dependencies on other teams, etc.

Slow down to speed up

I was foolish for letting myself run this long with bad shoes, but I know I’m not alone. There are others out there like me who are attempting transformations on faulty foundations. I urge you to slow down and get the right shoes so you can speed up when it really matters! 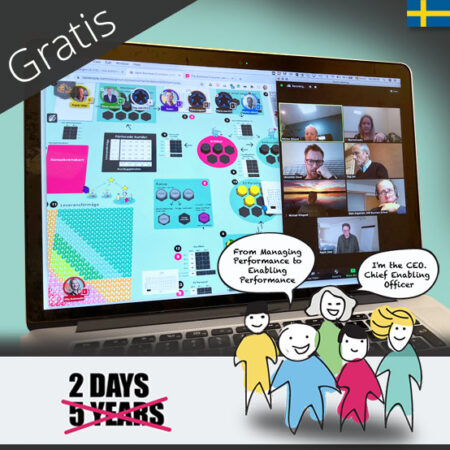